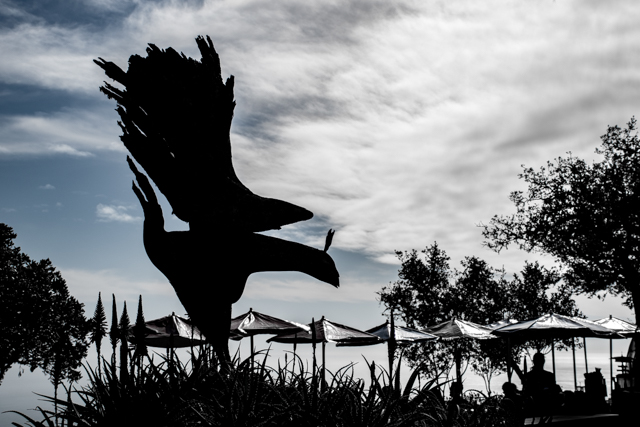 As I head up the path, sounds of the city crossfade into a chorus of birds, and the cool evening air matches perfectly with the warmth I’m building from the hike. The place is named Quarry Park, because it was a quarry 150 years ago, stone for the town of Monterey. The old mining assault is now full of sycamore and pine, raspberry and Ivy, crows and jays, and at the end of the path, there’s a bowl ringed by trees with a subtle feeling lingering from the past. It’s one of those places where people stack stones.

I know stone balancing is discouraged because it aesthetically intrudes on the landscape, but where it’s acceptable, I find it intriguing. The practice has a deeper meaning like a devotion or holding an intention; the stones and offerings carry an optimism because the balancers are open to a broader equilibrium, a hope and wish for something better. It’s evidence of the best part of the human spirit. Occasionally the balanced stones of Quarry Park disappear, removed or scattered by someone, maybe a park ranger. But a few days later, the balanced piles of stone and flowers rise from the rubble. You can’t stop the human spirit.