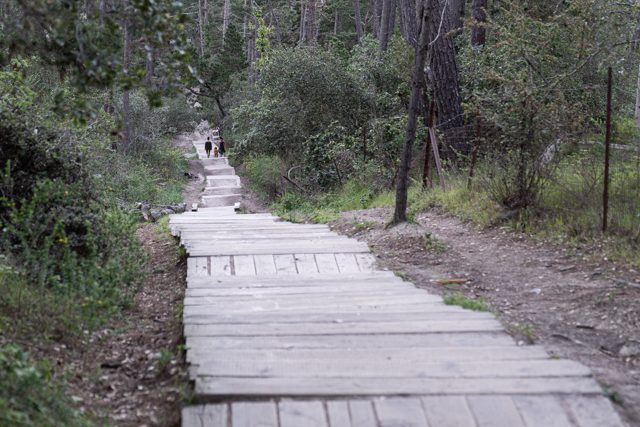 There are 185 wooden steps up the Stairway to Heaven to the Huckleberry Hill Nature Preserve. Giant Monterey Pines surround them, and the air that drifts off the bay is fresh and invigorating. Like steps in places like San Francisco and Santa Monica, people walk and run them for exercise.

This afternoon, I was hiking towards the steps about to make my assent when “185 steps?” floated through my mind. That means halfway down, and halfway up is step number 93. The center step is 93. Nine plus three is twelve, mystical twelve; could that have been deliberate? There’re twelve months in a year, twelve astrological signs, twelve apostles, twelve tribes of Israel, the year of bar mitzvah, bat mitzvah and the sacrament of confirmation, the transition from childhood to adult, taking responsibility for your actions and faith. Twelve is four sets of three, four triangles, the four sides of a pyramid. 3 divided by 9 is .333 to infinity. I went on like this for some time, flashing on multiples of three and twelve and the associated symbolism.

Who would build these steps steeped in this powerful numerical metaphor? Could 185 be an accident? And why not 184 or 181? I’m glad it’s not 181, or I’d be counting the steps looking for patterns and meaning in prime numbers.