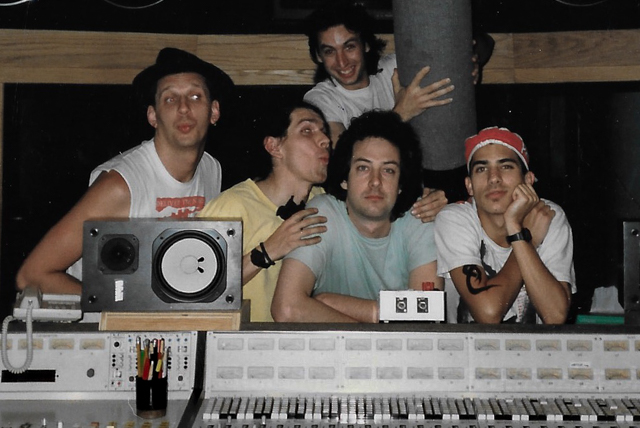 Guitarist Jim Novack invited me to see his band Lunch Box at the graffiti-encrusted Al’s Bar (circa ’88). I always felt uncomfortable at Al’s, a longhaired rocker in a punk club, so I found a spot against the back wall and tried to stay out of harm’s way. The band was solid and explosive with hooky songs and distinctive vocals by singer/songwriter Tim Swenson.

I recorded demos for them at the Music Grinder and A&M Studios, always working to capture the energy of their live performance. When they signed to Bug Records, the company pushed them to use a different producer/engineer. But it didn’t matter much. Bug lost its distribution deal with Capitol Records, and the Lunch Box album was lost in the wreckage.

So what became of poet Tim Swenson, bleeding his heart into those songs or London May, Tracy Stevens (a.k.a. Trash), and Big Jim Novak? When the dream crashes, bands splinter and scatter. It’s always about the songs and the studio, the push and performances, clever wild-child, musical ferocity, burning until it’s devoured. The price paid is never fully understood. Can’t you make it easier now? My greatest hope is peace for the artists amongst the scattered shards.