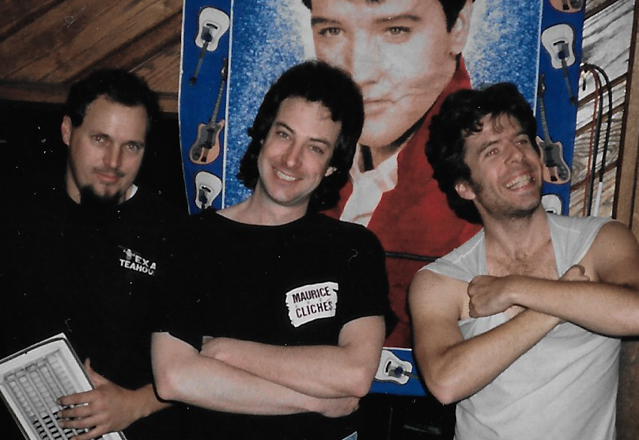 Mojo Nixon burst into the control room with a two-foot plastic statue of the cartoon rooster Foghorn Leghorn in his arms. He set it on the console, plugged it in, and the red-head and yellow beak lit up. Then he hung an Elvis rug on a wall. Mojo’s personal religious trinity was The King, Foghorn Leghorn, and Otis Campbell (the town drunk on the Andy Griffith TV show).

We were at a studio in the San Fernando Valley owned by George Tobin (Producer for Smoky Robinson, Kim Carnes, Tiffany) to record Mojo’s new album, Bo-Day-Shus!!!. He played through a tweed Fender amp, pretty straightforward to mic up. Skid Roper’s percussion rig consisted of a washboard with two kitchen sink drain strainers attached to a shovel handle, a wooden box for a kick drum, and one twelve-inch cymbal. I mic-ed it like a drum kit.

Guitar, washboard-percussion, and vocal were all recorded live. With Producer Ron Goudie sitting next to me, I rolled the tape and dropped into record. “Okay, you’re rolling on take one,” and a rockabilly explosion with an irreverent smile burst out of the speakers and filled the room. The sessions produced the MTV darling Elvis is Everywhere.