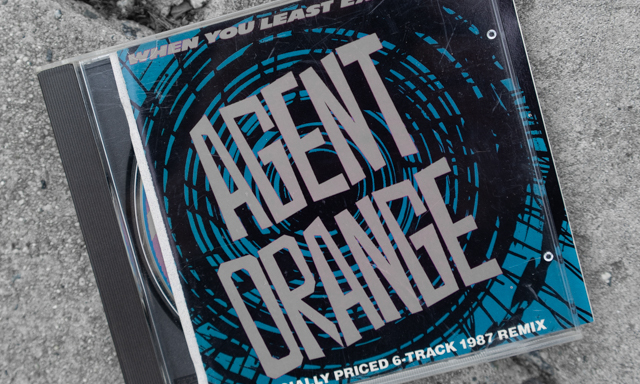 I’d heard of the band Agent Orange. They were considered surf punk, but I’d never been to a show, nor could I remember hearing one of their records. That’s how it was. I’d get a call and show up. With no internet, the only way to check out a band was to buy their album, if they had one. But my preference was to see them live. This was especially true with punk. Watching them perform gave me a better feel for what they were trying to do. And I loved the spirit. It was like a prolonged explosion on stage, and I wanted the recordings to capture that energy.

We booked a studio on Melrose called Track Record, not the good part of Melrose, the grungy east end. I threaded the two-inch tape onto a beat-up MCI 24 track machine, pressed the green play button, and as I pushed up the faders, wild abandon spilled from the speakers. The punked-up surf groove captivated me. I could tell it was a live studio recording by the guitar and bass bleed on the drum tracks, and there was none of that over-produced BS. They were all in the studio together, breathing the same air, playing off of each other like a live performance. And the recording reflected it. As if they all shared the same inside joke.