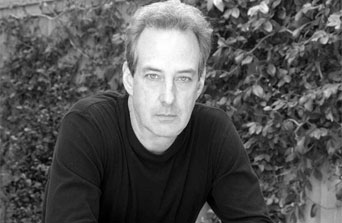 With a career spanning over three decades, Robert Feist has worked in nearly every aspect of the recording industry, has earned gold and platinum records, and recorded for such artists as Stevie Nicks, Belinda Carlisle, and Anita Baker. His work encompasses many styles and genres from jazz, rock, pop, and orchestral to film, video, commercial, TV, Radio, and Internet. His commercial work includes countless TV, radio and Internet commercials for a diverse clientele such as Nike for Wieden Kennedy, Apple for TBWA\Chiat\Day, Toyota for Saatchi and Saatchi, and Cisco Systems for Ogilvy and Mather.

His work also includes music videos such as Anybody Seen My Baby by the Rolling Stones, Home by Sheryl Crow, My Love Is Your Love by Whitney Houston, If I Ain’t Got You by Alicia Keys and many more as well as numerous film, TV and documentary credits.

In 1996, Feist founded Ravenswork Studios in Venice, CA which became a leading provider of audio post-production services specializing in commercials, music videos, and documentaries. The Venice facility was closed in 2010.

Feist is the author of, Missives, his mini-blog series. In his words, “I wanted to share some of the things I learned about sound and recording and mixing, and over time it grew to include things I learned about art and craft and observations of life, bits of truths that revealed themselves, a twist on the world. The mini-blog also provides me the opportunity to utilize one of my first loves, photography. Taking pictures is like a meditation to me. I also find pairing the photos with the narrative helps expose and augment the underlying theme inherent in both.”

Feist is past president of the Venice Chamber of Commerce and founder of the Venice Media District. He served on the advisory board of ANEW, the board of Venice Arts, and was honored for his contributions in 2010 with an award and a video made by the students. Feist also served on the board of P.A.C.T. Positive Alternative Choices Today, a non-profit serving the local at-risk youth.